To work inside a tree cave, hollowed out by fire,
charred yet enchanting,
marred yet inviting,
scarred yet empowering,
while still green above all,
ever green, above all--
that would be a metaphorically perfect space
for writing strong, magical, moving, timeless words.


My dream office, pictured above, stands proudly at Stanford Sierra camp, where I spent last weekend at the Fallen Leaf Retreat for children's authors and illustrators, hosted by SCBWI Nevada. While listening to the rippling Lake Tahoe sloshing softly to my left, and inhaling the aroma of pine, I stared at this tree cave and imagined myself sitting inside, writing. Typing like a wood pecker on a computer powered by tree energy alone, writing words that will forever ring true. Words that spread out and away from me like the ghostly rings of the missing section of the trunk--enveloping young readers in my memorable words. And I'd have no need for file cabinets, for a trusty squirrel assistant would gather my first draft acorns and bury them for a season, so that I could revisit the seedlings that grow to spring forth as sapling stories. And I would create a forest of words from my tree cave. 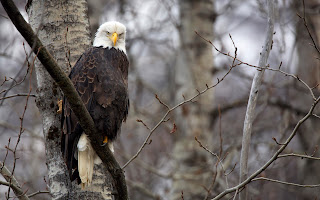 The American Eagle struggles to soar,
Because of an imbalance caused by its cracked right wing,
And an uncontrollably vacillating left wing.
Only the steady winds of change,
Blowing upward,
Can uplift the ailing icon through its center,
Enabling it to regain its balance
And to evoke sighs of respect again.
We voted for such winds,
And now we anxiously await the weather reports
For an upsurge.


WHAT IS YOUR INTERPRETATION OF THIS POEM? PLEASE COMMENT BELOW (I'D LOVE TO HEAR FROM YOU).
Posted by Susan L. Lipson, Author & Writing Teacher at 12:21 AM No comments:


New to the Twitter world, I have taken on this social media platform warily, even disdainfully at first, considering it a vacuous "Look-at-me!" exercise. But at a recent writers' conference, I kept hearing about how important tweeting is to drive people to read more from you if you hooked them with your cleverness. "That's how you get people to visit your website, read your blogs, know your name," claimed the presenters. So I signed up, and then studied tweet patterns like a birdwatcher, noting whose tweets turned my gaze to them, which inspired me to tweet back, and which of my new flock bore bands that showed they're being tracked. 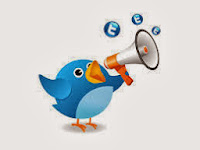 I found out it's a game. First, it's about who can make the best move in 140 characters, catching the eyes of followers and inspiring them to retweet a post; second, who can be consistently clever, snagging the top branch of the Twitter feed at just the right time for maximum exposure; and third, who can achieve the highest number of followers, without following more than follow him/her ("Mom, you never want to be following more people than follow you," advised my daughter, a more experienced player. "AND you should follow people who follow you if their posts interest you and they have a lot of their own followers, because they might retweet you to their people. See?") Yes, it's definitely a game. A game with rules that reveal themselves as you play. A game that makes me nervous about the etiquette that seems to underly it (regarding who to follow or unfollow), and makes me hesitate to type something for unknown eyes that might mislabel me and end up on "my permanent record." Yes, I feel like I'm back in elementary school, tweeting hesitantly and hoping others like me. 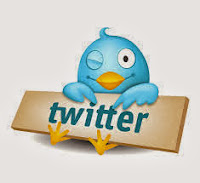 Aside from the realization that the Twitter game requires strategy, I notice something else that has to do with its worth to writers: forced conciseness. Like a poetic structure, a tweet must use hashtags sparingly--I still haven't quite figured out how to use them!--leaving room for the strongest possible words. I find myself cutting down tweets to fit the 140 character limit, substituting words for shorter synonyms, and paying more attention to word choices than I have to do on Facebook. It's like the difference between poetry and prose. I advocate that all writers practice writing poetry to tighten their prose. Now I'm advocating that writers use Twitter not just as "Look-at-me-and-follow-me" tool, but as an exercise in the economy of words! 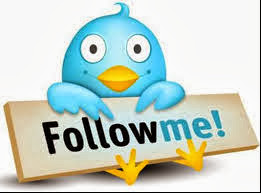 Posted by Susan L. Lipson, Author & Writing Teacher at 9:16 AM No comments:

Show Your Thanks for Valued Words!


Memorable writing is like tape: it sticks with you and seals the gaps between the writer's and reader's minds.

Have you ever read a book that leaves you believing you KNOW the author? Or a book that makes you WISH you knew her or him? If you met him or her in line at a coffee shop, would you strike up a conversation?

Have you ever considered the favor an author does for you by either distracting, enchanting, enriching, or moving you with memorable words? A favor that certainly deserves a thank you...

Have you ever thought about thanking the author, that so-familiar stranger, that wished-for friend, for connecting with you?

If your answer to any of the above questions is Yes, then I encourage you to write the author a thank-you note via one of his/her social media pages. You'll be surprised how many authors whom you have never met (yet), except via their pages, will answer you. I have heard replies in recent years from some of my favorite well-known authors, such as YA greats Jay Asher, Ellen Hopkins, Sonya Sones, and Jordan Sonnenblick; from MG mentors Wendy Mass, Nikki Grimes, Sharon Flake, and Jennifer J. Stewart; from memorable adult fiction authors Owen Egerton and Lisa Grunwald, and others.

Whom do you plan to thank for a great reading experience? Tell me here in the comments below. Or share a grateful reply that you received in response to such a thank you message.
Posted by Susan L. Lipson, Author & Writing Teacher at 11:55 AM No comments:

Someone Else Will Help the Victim--Right?


The police officer who called my daughter to tell her that she had saved a man's life a week ago by calling 9-1-1, asked her, "So what made you call? You were the only one who called, you know."

"The only one?" she asked, horrified, since she lives in one of many street-facing condominiums in her building, all of which would have had equal exposure to the sound of the attack outside their building. She couldn't imagine, she told him, that she was the only one who heard the screams and the snarling dog. Then she explained that though for a moment she considered that the sound could be someone filming a movie (she does live in LA, after all), she couldn't take the chance of NOT calling when she heard a man desperately calling for help over the terrifying growls. Even if the screams were from an actor, the worst that could happen by her calling would be that the police would have raced over for a false alarm. In fact, the worst that could happen--the man dying--did NOT happen because of her call.

She recalled, for the officer, a term she had learned in a psychology class,"diffusion of responsibility," which refers to the mentality that makes people react to another person's trouble with the attitude, "Someone probably already called, so I don't have to." It's the same attitude that makes people stand around while someone else gets bullied, all looking to each other to stand up for the victim, instead of doing so themselves. My daughter said she would never want to be one of those people who doesn't help. The officer with whom she was speaking was probably surprised to hear such a memorable reply from a 19-year-old.

I was surprised, too. I was surprised to relearn a term I had forgotten from my college psych class in such a hard-hitting, real-life application of jargon. I used to make fun of all the fancy terms for social and psychological behaviors, thinking that most people seemed more caught up in the jargon than in understanding the actual actions it described. I never considered that having a phrase to describe such shocking behavior would benefit the person unfortunate enough to see its practical application. The ability to name this problem somehow might make it a less painful realization, I think--perhaps because the fact that the problem has a name means that other active bystanders have shared the miserable disappointment of having no back-up from other bystanders. Misery needs company, right? What was memorable in theory--"diffusion of responsibility"--now is more memorable because she experienced it. And the memory is haunting.

Learning that her call had saved a man from bleeding to death after a dog attack, my daughter felt simultaneously proud and disgusted, she told me. Proud because she had responded rapidly to a fellow human's cry for help, and disgusted because NO ONE ELSE IN ANY OF THE STREET-FACING APARTMENTS had called. No one! She wondered, "What if I had been screaming out there? I could never count on these neighbors! There's no way that no one else heard him, if I heard him over my TV and had to turn down the volume to be sure I wasn't just hearing screams on 'Breaking Bad.'"

"Diffusion of responsibility" described in a textbook obviously had stayed in her memory. Showing it, here with her story, makes that term indelible and its lesson more hard-hitting: that NO ONE SHOULD STAND IDLY BY WHEN WITNESSING, OR OVERHEARING, WHAT MIGHT BE A FELLOW HUMAN'S WORST NIGHTMARE.
Posted by Susan L. Lipson, Author & Writing Teacher at 12:18 PM No comments: