A Poem To Capture a Conversation

Back and Forth
By Susan L. Lipson, October 2015 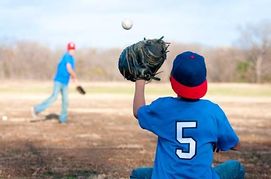 You toss a ball to me
Stiffly
And I catch it, flashing a smile at you
That you don’t, or can’t, return.
I toss it back
Casually
And you let it drop and roll, sighing,
Because you didn't like my throw.
"C'mon," I encourage you, "throw it back,"
And I pick it up and hurl it at you 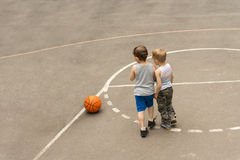 Sharply,
Noticing you wince at its impact.
You whip the ball at me now,
And I leap to grab it
But miss,
And you sigh with exasperation
That I just didn’t get it—
That I just don’t get you.
Posted by Susan L. Lipson, Author & Writing Teacher at 9:00 AM No comments:

A See-Saw of Words Becomes a Circular Poem

"The more ____, the less _____," offers a playful, thoughtful see-saw of words on which to balance contradictory concepts. I played with those concepts today, after posting another of my "freeze frame" moment photos on Instagram. A friend recently commented that she enjoys the way I observe the world through photos. I replied that my new photography hobby helps me slow down to notice things, and to dedicate a few sacred moments to conjuring thought-provoking captions. From this conversation, built upon the verbal see-saw, this poem evolved: 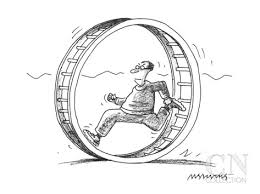 Writing as a Sacred Mission

The upcoming publication (Sept. 22, 2015) of my story "Connections," in the new Chicken Soup for the Soul edition, Dreams and Premonitions, exemplifies how my writing often becomes a sacred mission, more than just a desire to share my words. My true story about the supernatural events surrounding the death of a dear friend and mentor is one I have told and retold orally for many years, whenever the topics of life after death, psychic experiences, or how to treat the comatose happens to arise in a conversation. Those who have listened to my remarkable, life-changing--and life-affirming--recollection say that they have "chills," or that I've changed their perspective in a significant way. Many have asked me to repeat the story to another friend who "needs to hear it."


That perceived "need" to hear this story indicated to me that I needed to write it in prose, to share it with a bigger audience. Thus, my audience could grow--in both senses of "grow."


So I wrote my short memoir based on an even shorter version that appeared in a tribute booklet at my deceased friend Connie's memorial service. I had no idea where to submit it, though. The story stayed in my files for years until I saw an ad in a writer's publication for memoirs that would fit into a new Chicken Soup for the Soul book about dreams and premonitions. I submitted the story, having always felt driven to get it published, to share what I consider a gift from God--a divine connection between souls across planes of existence. I've felt that I, too, have a need for this story, a need to share it and pay forward the illumination like an Olympic torch passed to others who can share the light. I know that sounds overdramatic to you right now, but try to say that after you've read "Connections," and all of the other remarkable stories that will accompany mine in Dreams and Premonitions. PREORDER YOUR COPY TODAY! (PLEASE. Sorry for the missionary zeal!) 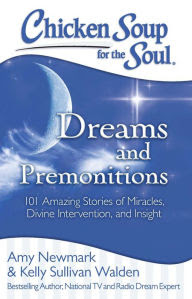 Posted by Susan L. Lipson, Author & Writing Teacher at 8:00 AM No comments:

A NEW USE FOR THE HASHTAG #NOFILTER

A popular Instagram #hashtag these days is #nofilter, indicating that the beauty captured by the photographer in the posted photo is completely natural, without any augmentation by the application's supplied "filters" for editing. The #nofilter means that, in contrast with other doctored photos on the site, the photo bearing this hashtag is more worthy of awe.

I find it amusing to ponder another meaning of "no filter": the meaning applied to people who have no sense of what NOT to share in public. Wouldn't it be appropriate to add #nofilter to the comments sections of posts on Facebook, Tumbler, and Twitter in which people post excessively intimate confessions, hateful rants, sexually explicit photos, grossly descriptive medical information, and mean-spirited gossip? And to be sure that the hashtag's non-photographic meaning is understood, an accompanying hashtag could appear: #TMI (for Too Much Information). Instead of cringing as we read lengthy posts featuring someone's blow-by-blow bout of gastrointestinal problems, recollections of extreme familial dysfunction, or bigoted diatribes tantamount to verbal hate crimes, we would simply add to the comments section #nofilter to alert the post-writer to the fact they he/she has offended us. In this way, offended folks could avoid further pollution of the internet with their own unfiltered retorts to TMI, as well as avoid prematurely"unfriending" someone before giving the offender a chance to reform via a polite hashtag reminder.

Just a whimsical thought for the day...

If you leave me a #nofilter message in the comments section, I'll consider self-editing for the future! (;

We Need Diverse Books To Enlighten, Not To Enforce Enlightenment

On Diversity in Literature and #WNDB 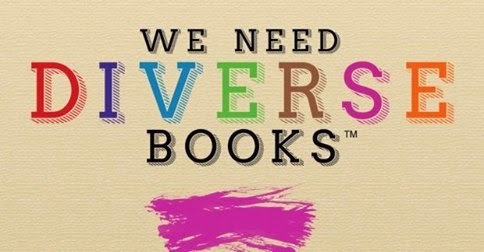 I wish that discussions of the need for diversity in literature (#WNDB, a.k.a. We Need Diverse Books) focused more on realistically presenting the glorious array of humanity in literature than on zealously defying stereotypes. Defiance through diversity implies a defensiveness that ironically gives power to the stereotypes and undermines the very reasons behind the need for the #WNDB movement. I equate this to the use of the word “tolerance” to promote programs of unity among people, while paradoxically suggesting that differences must be “tolerated” (i.e., endured or allowed, implying a superiority of the one who must “tolerate” another). “Respect” is a much more apt term for the encouragement of open-mindedness and social harmony. And “diversity” in literature should encourage and facilitate respect, not enforce tolerance.

Recently, an online debate I had with another writer about a reference to “white privilege” led to my being questioned about my understanding of “white privilege,” which the other writer defined as “white readers seeing diverse media starring people-of-color as ‘not for me.’” I pointed out that the term “white” in her definition is inadequate, since I teach many Asian students, and I have seen a few hesitate to read books I’ve handed to them that feature black kids as protagonists, whereas I’ve never seen such hesitation about books that feature white kid protagonists. I distinctly remember one such student saying to me, after reading a novel by Sharon Flake, “I never would have picked this up on my own, and I’m really glad you gave it to me. It was really good.” The term “white privilege” clearly is not applicable to a non-white reader who avoids books about “people-of-color” when she herself has brown skin. Also, what is the actual “privilege”—is it a socioeconomic advantage or a naïve mindset about the “underprivileged”?

One of my former students, a privileged black girl with a lawyer and a doctor for parents, who grew up in a predominantly non-black, upper-middle class neighborhood of whites and Asians, once told me that she found it offensive that she, a suburban black girl, had no black characters representing her in literature. I told her that I could relate to that because most of the Jewish kids in books I'd read were nothing like me at all; they showed up in Holocaust stories, or turn-of-the-century immigrant tales, or stories about Orthodox Jewish life, so unlike my own. The absence of people like us in literature is disappointing for us personally, but even more disappointing for the reasons that people unlike us know us only through outdated or stereotypical characters. Diversity must focus on realistic portrayals more than tokenism.

This exploration of the admirable, yet sometimes flawed #WNDB movement leads me to conclude that diversity in literature is not just about characters representing various races, cultures, religions, sexual identities, or physically challenged lifestyles. It’s not just about publishing books by authors who are “people-of-color” or of nonmainstream lifestyles (however "mainstream" is defined by publishers). But it is about opening our minds and our media to sharing stories about memorable, realistic people from all walks of life, as a means of broadening all readers’ perspectives and making readers not just see themselves in characters, but see themselves in relation to both familiar and unfamiliar characters. Diversity is universalism.
Posted by Susan L. Lipson, Author & Writing Teacher at 2:55 PM No comments:

The Difference Between Knowledge and Wisdom

In today’s world, people store the perceptions known as “facts” as an end in itself: the acquisition of intelligence. In a social setting, if we haven’t read or heard the latest news to garner a hashtag, we might be viewed as unintelligent, dismissed for offering no insights on what “everyone knows.” In previous centuries, however, before people collected “facts” via modern media, people aspired to be wise, not just smart. And the seekers among those ancient people sought guidance from proverbial “wise men,” revered because their wisdom profoundly impacted seekers’ lives. Wisdom had nothing to do with facts.

In olden times, the wise were those who observed their surroundings and their feelings with full attention, and then faithfully applied their intuition to their observations to reach profound levels of understanding. Sages and prophets of old didn’t publish research papers or conduct scientific studies, didn’t hold academic degrees to justify their credibility, and didn’t spout facts or statistics they’d read in various media to support their heartfelt assertions; they studied life itself, by being present, being observers of beauty in unexpected places, being moved by interactions, and being aware of all connections and coincidences. This way of being resulted in the epiphanies that have, throughout human history, altered social thought, heightened collective consciousness, and started new religions and ways of living. Wisdom had nothing to do with academia.

Ironically, epiphanies today must pass the credibility test determined by fact-checking intellectuals and the inspired person’s credentials. To espouse a view or proclaim a truth, one needs proof, not just gut instincts. If some barefooted, uncredentialed preacher, like Moses or Jesus or Buddha, posted philosophical speeches on YouTube today, they would need introductions by academic types to have any chance of “going viral,” let alone gaining a respectable number of views. Absurd, isn’t it, to think that what legions of modern people faithfully accept as Truth came to us via wise people without formal education? Wisdom had nothing to do with education.

These words and thoughts about the differences between knowledge and wisdom arose, I now see, to wrestle the guilty feelings in my head evoked by my ignorance of some historical event that came up in a conversation with friends who obviously considered that event to be “common knowledge.” I could have dismissed my feelings of inadequacy with a quip: “I’m no commoner, obviously,” or “I only store uncommon knowledge.” But I chose to seek answers to my discomfort via intuition and meditative thought instead. So that means this blog post is either an epiphany or a rationalization. Hmm…
Posted by Susan L. Lipson, Author & Writing Teacher at 2:17 PM No comments: