How Do Your Favorite Books from Childhood Reveal You Today?

After spending four intense days at a conference (Society of Children's Book Writers and Illustrators Annual Summer Conference--#LA14SCBWI on Twitter) with writers, agents, and editors to learn and share about our glorious industry of creating children's literature, I realized something about myself in personal, not just professional terms. This epiphany might apply to you as well: 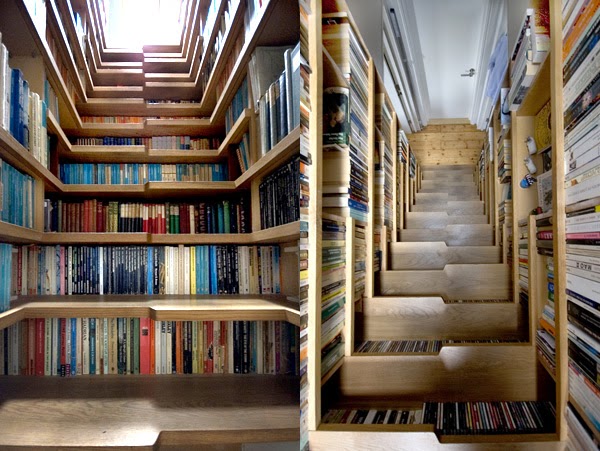 This epiphany came to me after an excellent workshop with Andrea Welch of Beach Lane Books, in which Andrea facilitated the participant-writers' discoveries of the magical elements that comprise great picture books. She read many great picture books to us, classics and contemporary titles, and I felt like my kindergarten self again, as if I were sitting on the floor, cross-legged and slack-jawed, listening as the warmth of lovingly crafted words washed over me. I liken this experience to listening to old vinyl albums from childhood days, allowing the music to press mental Play buttons and start playing video montages of the memories evoked by particular songs.

Children's books, like music, directly connect us to the feelings we had when we first experienced those stories. Memories of tales read aloud to us, or read by us as our first "independent reading" books, have shaped our adult-reader (and writer) selves. I recalled and lovingly jotted down the titles of books I recall that made me Me. They are my childhood "passion books," the ones I can still feel emotional about, and even see in my mind today--and not necessarily because I later read them to my own kids. My personality-shaping first books are memorable enough to have stayed in my brain's hard drive, despite many reboots over these past few decades, and here are the titles I recall, and how they shaped me and reflect who I am:

Harold and the Purple Crayon, by Crockett Johnson (THE FIRST BOOK I BOUGHT WITH MY "OWN MONEY" AT A BOOK FAIR) Harold uses his art to defy boredom and ugliness by creating his own magic and beauty, thus getting himself both into and out of trouble. That's what I do.

Amelia Bedelia, by Peggy Parrish and Fritz Siebel, catalyzed my utter joy in the playfulness of language and my need to strive for clear communication. It also helped make me the punster I am today.

Charlotte's Web, by E.B. White. Heck, I am Fern: outspoken, sometimes impulsive seeker of justice and compassion. And I am Charlotte: thoughtful, innovative word-crafter with hopes of improving the lives of others with the words I weave. Fortunately, I am not Templeton and love to get rid of junk, not collect it!

The Secret Garden, by Frances Hodgson Burnett. The title still makes me sigh wistfully, for some reason. I dared to explore my scary basement (if Mary Lennox could be brave enough to wander down dark corridors, I could certainly conquer my fear of walking down the basement stairs!); and I adored planting with my dad, probably due to the magic of nature that this book elicited within me. I also had boys as best friends, like Mary, and didn't think they had cooties.

Harriet Tubman: Conductor on the Underground Railroad, by Mary Petry. I am as awed today by the powerful story of the female Moses--my biblical hero--who lived her life fueled by goodness and courage in the face of the worst hardships, and saved so many people by outwitting the bad guys. Go, Harriet, my hero! (I recall this particular biography being full of imagery and not boring, as I thought all biographies were until finding this one!)

Harriet the Spy, by Louise Fitzhugh. Okay, so maybe I have some connection to the name Harriet…hmm. Past life? Anyway, this Harriet epitomized the curious writer who collects people like postage stamps and sticks their descriptions into her journal. Need I say more about how that illustrates me?

Are You There God, It's Me, Margaret, by Judy Blume. After Lori B, in 5th grade, taunted me, "When you get older, blood's going to come out between your legs! You didn't know that?" I called her a liar, and ran home, red-faced. Judy Blume's Margaret helped me sort out the truth and mitigated my horror with humor. I'll always appreciate that book more than the pamphlet my mom gave me from a Kotex box.

All of a Kind Family, by Sydney Taylor. A book about sisters who had fun adventures in their urban world, appreciated small blessings, and were Jewish. I have a sister. We're Jewish and I loved reading this book during my Hebrew school years, since it validated that our rituals and beliefs were cool enough to be in a book for anyone to read. Also, I have always been the girl who finds joy in the smallest things--especially in experiences involving family.

The Wonderful Flight to the Mushroom Planet, by Eleanor Cameron. Two boys answer a mysterious ad to build a spaceship--an ad written specifically for kids. This book empowered me, showing that kids can do anything they set their minds to do. Plus, it made me very curious about science, especially the uses of sulphur and mushrooms. Maybe the meaning of this interest will become clearer as I age, but for now, I just chalk this passion book up to my sheer exhilaration even today about traveling to far-off places, about exercising my independence, and about maintaining long-distance friendships, even across space and time.

A Girl Called Al, by Constance C. Greene. This book taught me the word "nonconformist," and to be a nonconformist. It reminded me, in echoes throughout the years, not to be self-conscious, but rather, to be direct, be myself, and be kind as often as possible. Oh, and that there's a lot to be learned from elderly friends and living in New York City (which I did end up doing, for one year).

A Wrinkle in Time, by Madeline L'Engle. This book stayed with me and surely inspired me to take physics in high school (I can't imagine what else did). Meg Murry's bravery, and her unrecognized brilliance made me feel that someday I'd be noticed for doing something very intelligent and admirable. I also loved the writing, I recall--all that rich imagery! I often teach with this book today.


Island of the Blue Dolphins, by Scott O'Dell. The idea of surviving on my own, with my own ingenuity as my tool, appealed greatly to me, and still inspires me to be a kind of innovator in my approach to solving problems. I've been known to create strangely functional inventions to fix malfunctioning things in my house, wowing my handyman at times. Also, every time I buy seaweed snacks at Trader Joe's (if you haven't tried them you should!), I think of the young girl eating seaweed in this book. Seriously, I think this with every bite of dried seaweed and when eating sushi rolls! And more seriously, living off the land intrigues me to this day, and I have a secret fantasy of retiring to an organic farm and writing books all day.

My Side of the Mountain, by Jean Craighead George. Running away occupied my mind a lot as a kid. This boy's adventure and glorious return to civilization, having earned respect from adults, fueled my imagination in much the same way as O'Dell's book above. Persistence and being taken seriously are still big issues for me as a writer, even today.

The Phantom Tollbooth, by Norton Juster and Jules Feiffer. I have always liked escaping to places where puns abound, people make you think as you're communicating with them, and everyone has cool names. Sophisticated, yet still silly humor tickles me today, and even characterizes the middle-grade novel series I am writing.

The Diary of Anne Frank, and numerous Holocaust-themed books captivated me when I was 11 through 13, especially. I have always thought that, in a past life,  I died in the Holocaust. (My father-in-law was a survivor of the Nazi concentration camps, and I'm the one who convinced him to share his previously secret and repressed survival story with his kids for the first time--which liberated him yet again from the horrors that bound him, I am proud to say.) Anne Frank especially influenced my life because her words made her mark upon the world--an indelible, necessary mark. She inspired me to keep writing words that matter.

That Was Then, This Is Now, by S.E. Hinton, was my favorite teen angst book, though most kids favored Hinton's The Outsiders. I'm sure it resonated me because it was about best friends growing apart due to different values, and I read it and adored it in sixth grade, just after I moved to a new city and found myself growing apart from my old friends. It helped me understand that people move on from each other, and it's part of life.

The Catcher in the Rye, by J.D. Salinger. A sensitive, misunderstood soul yearning for affection, depth in his relationships, and a preservation of the innocence he treasures. A person who despises phoniness and hypocrisy. A person who observes the world in a paradoxically broad, yet microscopic way that many people do not see. A human who sometimes feels out of place in the world. I was, and often still am,  Holden Caulfield. This makes me sigh. It also made me give my son the middle name of "Holden." Yes, I did. And he's grown up to be a lot like me and Holden (and Salinger's book is one of his all-time favorites, too).


My list could go on, and I'd certainly add the picture book The Giving Tree, by Shel Silverstein, which I discovered for the first time as a teenager working in a bookstore. Silverstein's book definitely played a part in making me the tree lover who wrote my first book, Knock on Wood, and its ebook version, The Secret in the Wood. But I do believe that I've sufficiently conveyed the core of the list that best illustrates who I was, who I wanted to be when I first read those books, and who I've become as a result of having adored them. I have reread portions of a couple of these books (for teaching purposes), but now that I've compiled this list, I am itching to reread all of them and feel that familiar joy, excitement, pain, fear, and inspiration that I felt as a kid. It's comforting to know that a revival of those feelings does not require finding an old turntable that actually works. Thank God and authors for books.