Other-ness is the perspective that enables hatred, fear, and war. When we redefine the Others as fellow humans, with similar needs, and feel ourselves breathe in the same air they breathe out, then we can start to build peace together--BUILD being the operative word. If we see only walls between us, walls erected by different values, then we will overlook that the walls rest upon the same ground composed of our shared basic needs. We may need to dig into that common ground and forget about struggling to climb or topple the walls.

I am pondering these concepts after reading news reports from around the world, and meeting people whose only friends and neighbors are people like themselves. Have you shared a meal, a word, a smile, even air, with a person outside the communal walls that surround your family? And I don't mean sharing by accident, but with intention. Do you see the walls you may have unwittingly erected by hanging out mainly with people whose values reflect your own?  We all retreat behind our walls at times, no matter how much we attempt to connect with people from outside  those values-based-walls. But those who cannot see beyond the walls, who fear getting their hands dirty by digging into the common ground of basic needs, will never become peacemakers, only politicians and patrons of Others.

Posted by Susan L. Lipson, Author & Writing Teacher at 9:30 AM No comments:

Remembering Typewriters, The Stacks, White-Out, and Other Extinct College Artifacts

Pre-1990’s College Nostalgia that Today’s Students Will Never Know Firsthand (Unless They Find a Time Machine)
By Susan L. Lipson 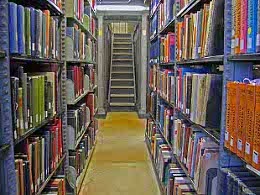 The Stacks: That’s what we called the top floor of the oldest library on campus, reached by climbing skinny metal staircases, where serious students studied silently among stacks of the dustiest library books and the ghosts of students past. The multisensory experience of leafing through heavy, hard-covered tomes in the dim light among crowded, floor-to-ceiling bookshelves; hearing whispers and the sound of turning pages around the shelf corners; smelling the mustiness of yellowed pages longing to be aired out; and feeling the thin, onion-skin paper of delicate old books, in this once-revered section of the campus library—is this experience lost forever to college students of today and tomorrow, who now crouch over computers at cubicles, listening to music through headphones, in the new campus library world? 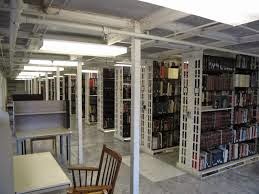 The smell and sight of correction fluid (which we called “white-out”) as it dried on translucent typewriter paper: Sour-smelling as it wafted upward into the nostrils, the dabbed white spots dried brighter and more opaque than the paper they covered. You blew on the painted spot so you could quickly resume typing, but if you didn’t wait long enough before rolling the paper backward on the typewriter roll—into that perfect spot so the letter key would strike in the right place, aligned with the other letters around it—then you’d end up seeing not a crisp black letter over your whited-out spot, but an embossed-looking smudge. And then you’d have to clean the typewriter key, before starting the correction process again—with patience. Such “simple” methods of revision hardly encouraged multiple drafts! The Delete key of today’s students was but an imaginary invention in a science fiction world. 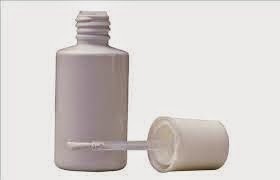 The DING at the end of each line of type:  After hearing the happy typewriter bell, nothing beat that joyful release of hitting the carriage return to slam it to the left side of the typewriter and start typing another line. This sound, if not in front of you, could regularly be heard through the thin dorm walls. 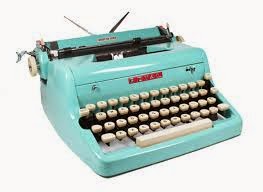 Cut and paste editing. This involved using scissors to cut a misplaced paragraph out of an essay, and cut a spot in another place to fit in the passage like a puzzle piece. Then you either taped or glued the puzzle piece into its new spot in the essay so that you could make a photocopy on a Xerox machine (we all called it “xeroxing” then). The copy would come out with a faint outline around the inserted words, which you would then dab with “white-out” to disguise the inserted section before making another copy of the “clean” page. If you didn’t learn from hastily typing over not quite dry white-out, then you might have also discovered that outlines became gray smudges on copies AND left white smears on the glass surface of the copy machine!

Word Limits on Essays: You either counted words with your index finger, bleary-eyed, and had to recount in the middle if you lost your concentration, or you estimated based on the typical number of words on a standard, double-spaced page with one-inch margins all around—margins that you set manually on the typewriter carriage, and sometimes fudged a bit when you realized you exceeded the word limit but had no time left to edit and retype.

Grade Postings: They were literally posted on a bulletin board outside a professor’s office, which meant walking there, sometimes in lousy weather, just to eliminate some of the waiting time until the transcripts were mailed to your mailbox—that’s MAILBOX, not INBOX. Instant gratification wasn’t a Thing yet.

Carbon copies: You know that line on your email in today’s world, that says “cc” so you can simultaneously email the same message to another person? Those letters stand for carbon copy, which used to be created by inserting a sheet of black-inked carbon paper (one side inky, the other clean to the touch) that you inserted between two sheets of typing paper before rolling the three sheets into the typewriter carriage (the “carriage” was the round, scroll-like thing that the keys tapped against, in case you’re from that other planet called ComputersOn). Typing on the top sheet caused the ink in the middle to imprint the identical letters on the bottom sheet, like some old-fashioned checkbook registers still do today (mine does, of course). 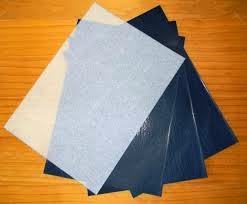 Dictionaries and Thesauruses: Those big books full of words and definitions and etymologies and sample sentences that we always kept beside us while writing essays. They would help us spell words and find more powerful substitute words, and sometimes we’d even get sidetracked by other interesting words on the page and even add more to our vocabulary. Fancy that! Dictionaries and thesauruses also made good, albeit hard, pillows when we’d find ourselves snoozing in the library during an all-nighter. Furthermore, these word-finders didn’t require an internet connection.

Encyclopedias: These multi-volume hardcover books provided the information now usually found by students on Wikipedia; however, the encyclopedias were supposedly fact-checked and not able to be edited by any reader who deemed themselves more of an expert than the reference book writers.

Mail in the dorm mailbox: As we entered our dorms, we’d stop to check out mailboxes in the lobby for letters from home or elsewhere, maybe even for a bill.

Dorm rooms had wall phones. A missed call was missed. No answering machines either.

Rather than go on and on with this nostalgic brainstorm, let me explain the catalyst. An 11-year-old student, in the middle of completing a writing assignment during my workshop, paused to reread, then frowned. He looked up at me from his notebook and commented, “I wish paper had built-in spell-checkers.” I pointed to the dictionary, and he groaned. Then he added, “And I wish it could cut and paste lines, too.” I offered to get him scissors and some tape. He shook his head, sighed, and started rewriting the page.

I replied with a chuckle, “You are so…two-thousands.”

And then I realized that we are already way past 2001, the year that my college classmates and I thought of as the year of a space odyssey.

I finished that lesson with this advice to my student, “Just remember, when you’re a dad someday, that your kids will make fun of the ‘old-time smart phones’ that they used to have before your kids began simply dialing their arms.” We exchanged smiles.

Imagine my surprise when I opened Facebook that same night and saw on my Timeline a link to a video that showed a new bracelet that turns your inner forearm into a cell phone! So much for “old-fashioned.”