THE GAUNTLET, a short story by S. L. Lipson


I still can’t believe Mimi’s here, in spite of Mother having tried to convince her yesterday, on the phone, to cancel her train ticket because “Lia’s not up to hosting visitors, no matter what she told you.” Mimi apparently argued with her because I heard Mother answer in a cold, snippety way, “Fine. Then you’ll just have to ‘hang out’ with your little cousin in our house—no outings. And don’t expect me to serve you like a guest, either; we’re all recovering here. Got it?” I guess Mimi got it, because I’m hanging out with her now, in my room. I can’t stop smiling. 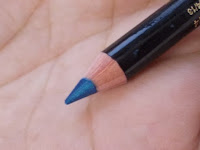 I shudder slightly as Mimi tickles my eyelid with “midnight blue” eyeliner, to accentuate my blue eyes. “Stay still, Lia, or you’ll end up with major cat eyes!” She smiles as I giggle. “You know, I have to tell you,” she says, “I felt so bad after I mailed you the purple hair extension and then found out you had to have chemo and lose your hair again.”

“Don’t feel bad! I’ve been wanting to clip it into my wig to make it look cooler, and now that you’re here, you can show me how! It’s right there, in my top drawer, waiting for you.  Mother forced me to get this poofy, weird doll hair, and I hate it.”
“Well, to be honest, it’s not a wig I would have chosen.”
“I told her I wanted a natural hair wig, but she says they cost too much to use just for a temporary time.”
Mimi rolls her eyes. “She’s a freakin’ doctor…. Have you tried just not wearing a wig at all? Some female celebrities purposely shave their heads, right?” Mimi finishes my eyeliner and steps back to examine her handiwork.
“But I look weird bald. Mother says it makes people uncomfortable.”
“Show me.”
“No, it’s embarrassing.”
“Seriously? This is me you’re talking to.”
I hesitate, and then take off the wig. My new hair underneath is about a quarter-inch long now, very fine and light auburn, like the hair in my baby pictures, except I have pointy sideburns.
Mimi smiles. “It looks kind of punky, like you trimmed your sideburns that way. I like it.” She runs her palm over my head. “Soft, too, like a baby’s head. Nice.”
Grinning, I joke, “Maybe I could get a part in an alien movie, right? My sideburns look like Spock’s on ‘Star Trek’.” I hold up my hand in the form of Spock’s “Vulcan” greeting. 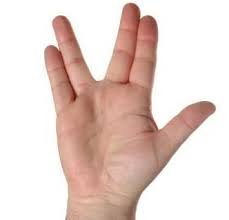 “Live long and prosper!” she says, like a Vulcan. The look in her eyes shows me that she is thinking about those words, as if they were a prayer for me, not just saying them. “Now give me your cute face so I can finish your eyes. You need a little mascara and some shadow. Then we’ll add a tiny bit of blush.”
She removes the packaging as I lean toward the mirror and study my eyeliner. Not too heavy, like some of the “scene kids” at school, but thick enough to make me look kind of…edgy, I guess. Especially because of the contrast with my vampire coloring. But I like the look. I feel cool. “Thanks for bringing me my own makeup, Mimi. I never would have been able to buy it myself. First, Mother wouldn’t give me the money for makeup. And second, I’d have no clue what to buy.”
Mimi shakes her head. “I still can’t believe you’ve never worn makeup.”
“I’ve never done a lot of things that girls my age do. Thanks to cancer.”
As she applies the rest of the eye shadow—pale pink on the lid and indigo in the crease—she says, “Well, I’m glad I could contribute to your proper teenage persona. I hope you’ll use it and feel beautiful.” She pauses, looking thoughtful. “Oh my gosh, I just remembered the first time I used mascara.” She smiles nostalgically. “I didn’t think the brush looked coated enough so I kept dipping it, and then my eyelashes looked all clumpy, and I tried to wipe some off, but then I smudged it all over, and I ended up looking like a raccoon!” She brushes the lightly coated mascara wand over my tiny lashes, holding her breath.
When she moves out of my way so I can see my eyes in the mirror, I notice not my tiny lashes, but rather, the darkness of the “chemo rings” under my eyes. I mutter, “Speaking of looking like a raccoon…”
She notices, too, and blushes. “Darn, I didn’t bring you any concealer or base makeup. Sorry. I thought that would be too much for a first-time makeup wearer. I just brought what I use myself: eye makeup, blush, and lip gloss.” She rummages in the new makeup bag that she brought me, and pulls out the blush and lip color. “Turn toward me again. She brushes pink powder on my cheeks, and then instructs me to open my lips slightly as she holds the lip-gloss wand toward my mouth. She colors me like a work of art. “Okay, now turn around and look in the mirror. No one will notice the little bit of darkness under your eyes now. You look so pretty. See? Sooo pretty!”
I see my exotic-looking eyes, cheeks with actual pinkness in them, and lips shining like pale, juicy plum flesh. I see a regular teenage girl, not a cancer patient. And I half-laugh, half-gasp. “Wow. I actually feel pretty.”

Mimi sings, “I feel prettyyy, oh so prettyyy—’”
“I know that song! From ‘West Side Story,’ right?”
“Right! Remember the next line?” She waits for my reply, but I shake my head, so she sings, “I feel prettyyyy, oh so prettyyyy; I feel pretty and witty and gayyyy….” Then she smirks, and asks, “Did you realize that Maria was gay?”
“Yeah, right!” I laugh. “That song’s from the days when ‘gay’ meant ‘happy.’”
“Okay, how’s this one—just for you…” She waltzes around me, singing in a hilarious falsetto: “I feel prettyyy, oh so prettyyy, even though I feel SHITTY, oy vay!” She twirls at the end, and suddenly my bedroom door bursts open.
Mother stomps into the room, “What’s going on here? You call yourself a role model, Miriam?”
Mimi’s face has turned to stone. “I don’t call myself anything but Lia’s friend and cousin.”
Suddenly Mother looks at my face, all made up, and she erupts: “WHAT THE HELL IS ON YOUR FACE, LIA?” Before I can answer, she jerks her head toward Mimi, her eyes shooting daggers. “How dare you, Miriam! Don’t you know that makeup could be dangerous for her?! She’s got a weak immune system, for Chrissake! She could get an infection?! Why would she need makeup!” She thrusts her hand forward to ward off interjections. “And don’t tell me because her friends wear it. THEY aren’t sick! How DARE you do this without asking ME! Just like you set up this whole weekend visit with her, without asking ME whether she’d be up to such a visit in her condition! WHO KNOWS HER CONDITION BETTER THAN I DO? HUH, HERO? WHO!”
We all hear Jason slam the front door, leaving the House of Chaos, as usual. Mother stiffens at the banging sound, and her nostrils flare over her pursed lips. Glaring at my pale face, she grasps my arm and turns me toward my mirror. “Look how pretty you look now, smart one! You’re a mess!” Mascara has dripped down my cheeks, and I look like one of the creepy, sad-clown paintings that Mother happens to love and collect. She growls at my reflection, “How could you be stupid enough to let someone put their makeup—and their germs—on you!”
“Mother, she bought me my own makeup—brand new!”
“Oh, isn’t that sweet of your ‘cool cuz’?” Mother doesn’t look at Mimi (who is fighting tears, I notice). “Well, you listen to me, Miss Teenage Know-It-All: NO MAKEUP FOR YOU. Got it? If you want to look pretty so badly, put on your damn wig!” She picks up the wig from the dresser, and gritting her teeth, yanks it over my head. “There! Now go wash that crap off your face so you can look like a normal girl!” Mother storms out the way she came in, like a tornado.
I shut my door and whisper to Mimi, “Normal? Yeah, right.”
Mimi lifts off my wig, drops it on the bed, and rubs my head soothingly. We hug tightly till I pull away. “I need to wash my face,” I murmur. She sighs.
When I come out of the bathroom with a blank face, her eyes look fierce as she holds out the wig, with the beautiful strand of purple hair clipped in, and declares, “You’ve earned your stripe, Lia.” I nod and accept the wig as if it were a medal.

Note: This short story is actually an excerpt from one of my forthcoming YA novels. Please leave feedback. Writing is about communicating, and I want to know whether my story has touched you in some way. Thanks.
Posted by Susan L. Lipson, Author & Writing Teacher at 11:39 PM