At breakfast with two artistic friends this morning, we discussed the importance of encounters, either unplanned or planned (like ours), in nurturing creativity. Artists create works for the purpose of catharsis or connection, and too much alone time can lead to blocked artistic flow. Our meandering discussion touched the topic of worrying, and the notion stayed with me for the next few hours, finally crystallizing into the new poem below. I don't usually post a first draft, but I am doing so today to convey how connections can catalyze creativity and compel communication (not to mention excessive use of alliteration). So, here's the poem that enables me to justify a fun morning off with extraordinary friends. I hope you'll let me know if it moves you. And if you do connect with my words and wish to read some more polished poems, check out my newest published book, Disillusions of Grandeur--and Other Eye-Openers (click title for more info).

Worrying is a symptom

of our sick need for control—
control over all that occurs outside of our own actions.

Worrying has no power to change circumstances, events, or others’ decisions;
no power to heal, show support, or remove pain;
no power to maintain a dependence upon our input.

Worrying disempowers us,
erecting walls around our crumbling castles of control,
blocking our view of the reality beyond our courtyards.

If we summon the strength
to climb over those Worry Walls,
pausing on top to regain balance,
we can see what IS,
not what “should” or “could” be,
and if we the summon the faith
to take a leap into the reality,
causing the walls to collapse behind us,
we can leave our castles to erode into dust,
and land on our feet--
shaking, perhaps--
but ready to walk forward. 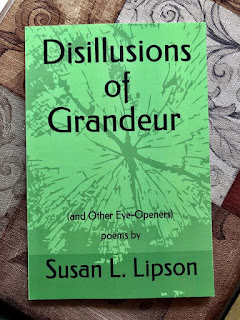 Have You Seen My New Book Yet? Poetry for Adults and Young Adults!

New poetry collection about sometimes ironic, and always eye-opening realizations...
[Please click on the words above to shop for this book online! It costs only 9.99 and is guaranteed to compel you to either read one aloud, or smile or chuckle, or raise your eyebrows at least three times!] 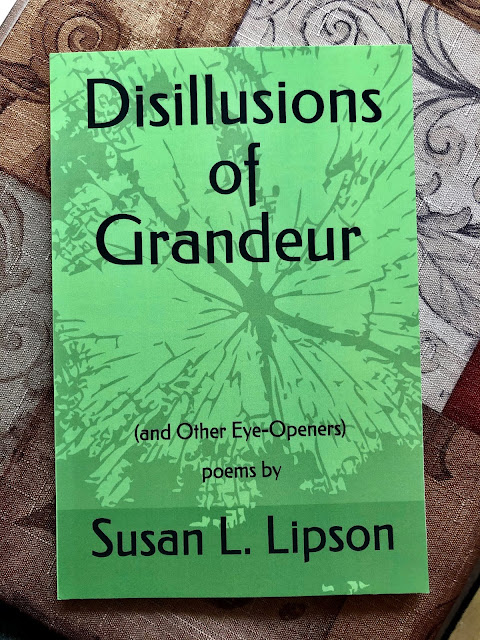 Email ThisBlogThis!Share to TwitterShare to FacebookShare to Pinterest
Labels: #ironicpoems, #newpoetrybook, #poems, #poetrybook, #poets, <a href="https://www.bloglovin.com/blog/20147965/?claim=h32y6djppjw">Follow my blog with Bloglovin</a>

Transitional Moments Captured in Poetry: A Few New Poems by Yours Truly

First, a poem about so many people I know, facing new physical limitations, forced job changes, or abrupt endings to life as they knew it.... 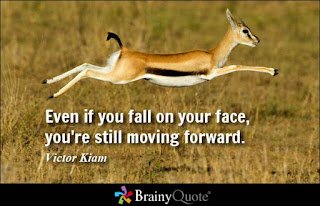 Hearing his own regrets
in casual conversation
sparks an epiphany:
Time to BE,
who he is now.
Time to accept
and roll onward--
forward.

And now a personal poem, about becoming an "empty nester":

Sometimes a wave hits me,
knocks me over with a question:
Is this really not temporary--
are my kids really not coming home to live with me again?
And I think I might drown in my lonely cup of coffee,
at a table meant for five.
But then, into my paddling hands, float lovely seashells:
a phone message, a text, an email
from one of them,
and my buoyancy returns
to keep me afloat.

And finally, a poem based on my first published poem, about a shocking moment in the life of a new doctor--a poem featuring a few simultaneous transitions, colored by irony:

Unscrewing the top of the bottle of nail polish,
Aachooing from the odor of the “Pink Pearl” liquid,
Eschewing her desire to paint her left hand first with her steadier right fingers,
Renewing the brightness of her thick, yellowed nails,
Undoing the ancient look of her wrinkled hands,
Subduing the wave of wistfulness she feels about her once lovely skin,
Imbuing every stroke with a feeling of accomplishment,
Reviewing the accuracy of her colorful coverage,
Redoing the nails that show thin spots,
Pursuing beauty until…
she dies, and a medical student begins
Undoing it all with a scalpel:

Dissecting the withered hands,
Inspecting the bones, tendons, and ligaments of his live model,
Protecting the structure to keep it intact as he is
Detecting the actual parts that were mere terminology until now;
Respecting the complexity of this appendage, while
Rejecting the sight of the chipping pink nail polish to keep it from
Affecting his composure by
Connecting this hand to an old woman, who only weeks ago, was
Selecting this pink color to paint over her nails, and never
Suspecting that the color would outlive her—No!
Correcting his use of her to it in his mind,
Electing to ignore the one sign of humanness that remains, and
Reflecting on that irony.

Prompted by Photos of Abandoned Things...

On Facebook, I discovered a page called "Abandoned," featuring mysterious and/or thought-provoking photographs of abandoned things and places: a cornucopia of writing prompts for me! I just wrote this poem about this photo, and want to share it with you now: 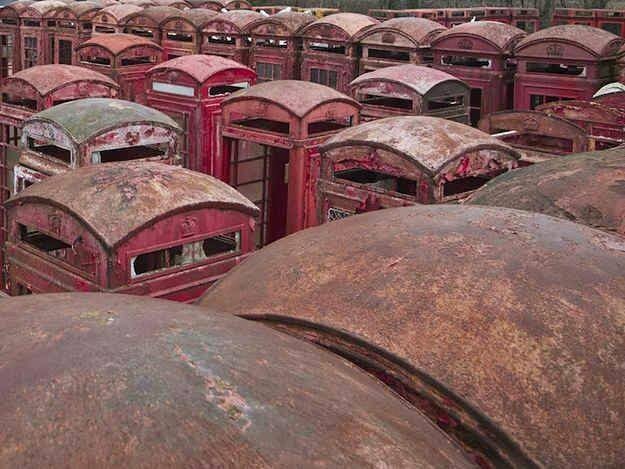 Retired Phone Boothsby S. L. LipsonThe out-crowd rusts together,
around the corner from smirking cell phone towers,
who've made the booths superfluous,
unnecessary for anyone
but the nostalgic,
or the technophobic,
or the Superman wannabes.
Metal huts replaced by
metal rectangles the size of candy bars,
with powers that the booths
never contained.
Like the callers who used to feed them quarters,
the booths, too, have been pushed aside
to make room for Today.
Posted by Susan L. Lipson, Author & Writing Teacher at 1:17 PM No comments: